Why Leaders Should Be Vulnerable With Their Teams 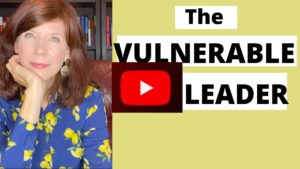 We all want to follow leaders who are competent and confident. Therefore, are in a role as a leader, it probably seems counterintuitive to show vulnerability, as some consider it as weakness.

James Madison University’s Counseling Center published an article saying, “Many individuals, not wanting to appear “weak,” spend their lives avoiding and protecting themselves from feeling vulnerable or being perceived as too emotional. However, vulnerability is not weakness. Vulnerability is the core of emotions and feelings. If we prevent ourselves from being vulnerable, we foreclose on experiencing our emotions. Our attempts to prevent shame, embarrassment, and sadness also prevent us from experiencing love, belonging, joy, and empathy.”

It is important to remember that being transparent is the first step; however, transparency is not the same as vulnerability. Transparency is telling the truth. Vulnerability goes further by expressing what you are feeling on the inside about the truth that you have delivered. For instance, let’s say that one of your direct reports asked you for a deliverable last week. You dropped the ball and forgot to get back with them on the request they asked of you. And when they come to you asking about it,  you say, “I’ve been swamped and will get you that answer by tomorrow, I promise.” Not only are you not being vulnerable–you’re not even being transparent! Transparency is when you answer honestly and openly, without hiding anything. Such as, “I forgot to follow up on that.” Vulnerability takes it further when you answer, “I am embarrassed. I totally forgot to follow up on that.”

One of my clients shared how she is working on being more present with her team. She is not only working on it, but she’s also being vulnerable. She tells them, “this has been a struggle for me, and I don’t like it. I really want to be fully present with you, so help me when you see me mess up.” Just by sharing this personal struggle with her team has improved the way the individuals on her team relate to her.They are beginning to trust her more, all because she is showing vulnerability.

There are three ironies that result when you are vulnerable:

First, when you begin to be vulnerable and share your shortcomings and emotions, your team begins to respect and like you more rather than less. They see you as human rather than the untouchable leader. And as long as you are not constantly missing the mark, you will be surprised

Second, you will begin to see vulnerability as a strength rather than a weakness. You begin to feel more courageous.

Third, your team begins to show vulnerability, as well. They feel like it is safe to be open about their weaknesses and mistakes because you showed vulnerability with them. Pat Lencioni speaks about the power of this vulnerability-based trust in is book, The Advantage, and here is a short overview in which he describes what vulnerability based trust looks like: https://www.youtube.com/watch?v=mFC-AqO9V80​

As John Maxwell says, your team already knows your weaknesses–they just like to know that you recognize them, also!